This was a big concert weekend! I'm just going to get right to the pictures.

I don't have any pics of the orchestra, of course, because the old people would have gotten grumpy and thrown us out. So here's me and Jen drinking at intermission. 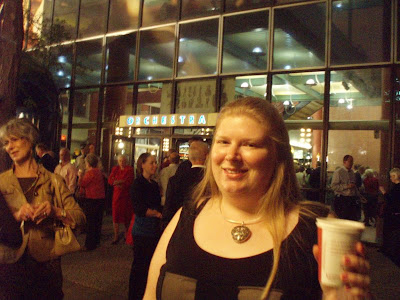 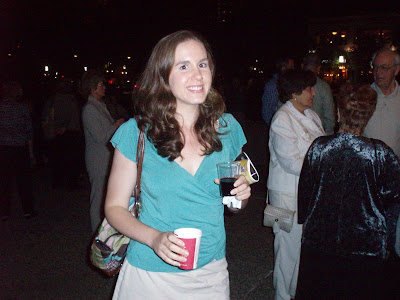 Red wine, not as delicious compared to that hot chocolate. we were all tarted up to try to find old rich husbands, but i don't think it's meant to be.

To regain my indie street cred, i had to do something drastic. fortunately, Rhi decided i was most worthy of her extra ticket to Sufjan Stevens (indie God, in our opinion).

(she took these pics.) 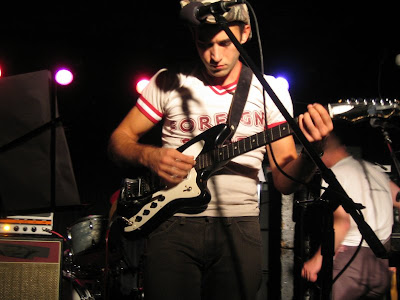 Did I mention we were in the SECOND ROW?!? i could see his individual eyelashes. they are lushious. 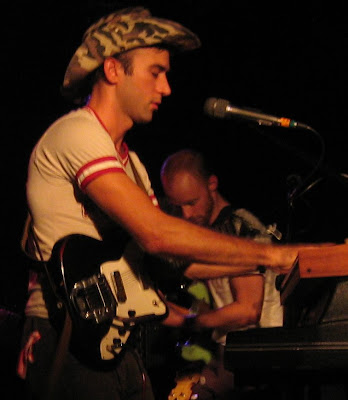 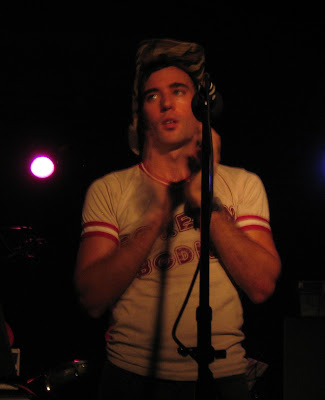 "We are the handclaps!" if Suf tells you to clap, you clap. you also sing when he says sing, but shut up when HE's singing.

This is my favorite...

Nothing foreign about that body...

(more photos from someone standing next to us)

After the show, Rhi bought a vinyl copy of "Come on, Feel the Illinoise!" and managed to nail him down for his autograph and a picture. you can find that on her Facebook album, "I love Famous People."
So yeah, this show was definitely in my top 5 of all time (rhi's top 10, but she's been to more shows) due to the fact that we were so close; it was so quiet in there; and it's SUFJAN. COME ON. he played a lot of new songs, and usually i hate when bands play songs i don't know, but it was really, really cool because we just watched and listened and were amazed. he was singing a lot of them from lyrics on a music stand, that's how new they were. (or maybe it's more a matter of his songs are REALLY long and it's impossible to remember all those words!) It's hard to pick a favorite Sufjan song, but he did play some of the more popular ones: Casimir Pulaski Day (definitely one of my favorites, although a very sad song); Jacksonville (the most upbeat song of the night); and Chicago to end (a softer version than the original, although the Avalanche album has 4 versions).

At pretty much the polar opposite in terms of venues: the Target Center! at least Rhi got us some awesome seats (left side, row A).
I took these pics. First, here's White Lies, a band from London that i enjoy. 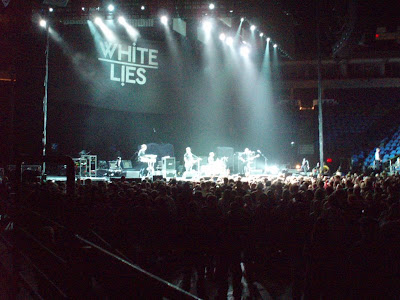 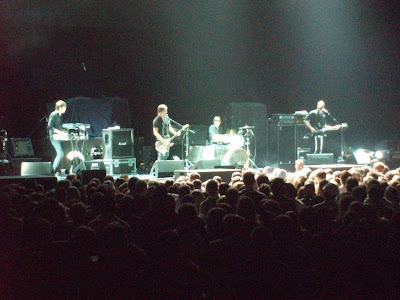 how color-coordinated. They played for about 45 minutes, including their hits, "Death" and "To Lose My Life," which always gets stuck in my head ("let's go home together....and die at the same time").

Then, the biggest thing to come out of Tennessee since Dolly Parton, KoL! 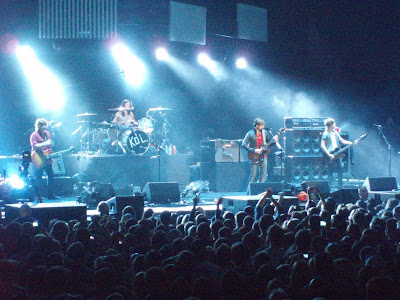 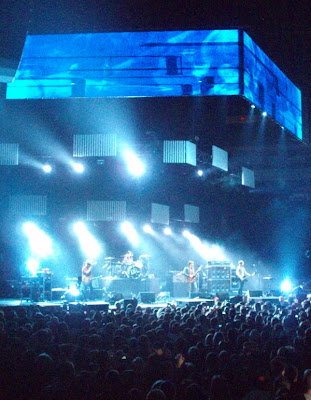 The set was really cool. Check out YouTube for my vids!!! ...all of "Sex on Fire," people! now i can relive it FOREVER. (Strib review and setlist)
Posted by michelleshobbybloggy at 6:39 PM 4 comments:

another reason not to have a cat... doggie is quite interested when I bussle around the kitchen, though. things i'm making noms for her!
Posted by michelleshobbybloggy at 8:19 AM No comments:

i TOTALLY told myself i wasn't going to start another project until i finished the 2 scarves i'm working on (knitting one for myself, crocheting one for the Orphan Foundation's Red Scarf project, which I technically haven't started because i'm going to rip out what i've done and make it wider), but i COULD NOT RESIST. this thing is like a borg.
Crochet-along Amigurumi! 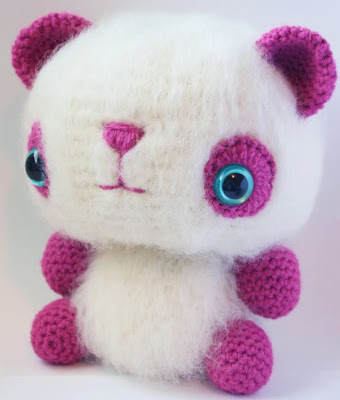 I made those two amigurumi dogs, and this looks like fewer pieces, so it shouldn't take as long. now i REALLY need to go to Joann's this weekend and pick up some yarn. i love that place a little TOO much. now i can't wait for it to snow so i have an excuse to stay inside all the time and crochet!