A few weeks ago I was intrigued by this posting from Snack Girl: easy, homemade yeast bread. For a while now I've wanted to bake with yeast. I don't know why it seems so interesting; I've made non-rising sweet breads plenty of times (pumpkin, zucchini, banana, etc), but the idea of getting the bread to rise sounds kind of magical. Once before I made whole wheat rolls with yeast; they turned out okay. I just didn't know where the best spot was to let them rise, since my house is generally colder than "room temperature" in the winter. (I put them above the satellite dish receiver, but I mixed them up wrong anyway, so I scrapped the first batch.) But this book, Artisan Bread in Five Minutes a Day, claimed that it can be easy to bake bread like you find in bakeries! I was in. But knowing how my hobbies usually burn out quickly, I didn't want to invest too much dough (haha, baking pun) into this before I am sure I will stick with it. There were a few pieces of "equipment" I needed before starting out. I got a round baking stone from Jen (it was her mom's) and borrowed a pizza peel from a coworker who had also done the artisan bread thing in the past. Then I just had to buy an oven thermometer (to make sure the temperature my oven said it was at was accurate) and a 5-quart container to store the dough. Both I found at Target. 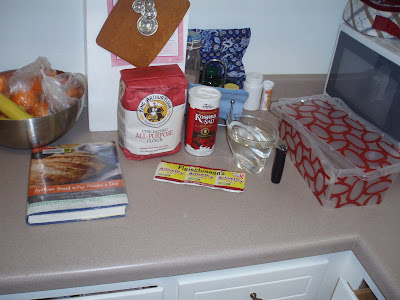 Supplies: cookbook (borrowed from the library), yeast, water, kosher salt, and unbleached all-purpose flour. and my container (it's actually a plastic shoe box!). 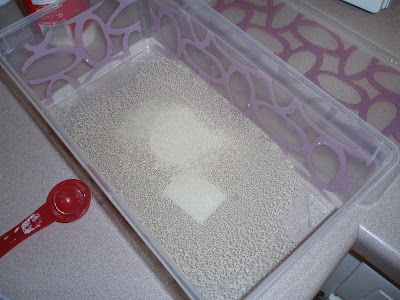 First step: put the yeast and salt in the container and add with lukewarm water. 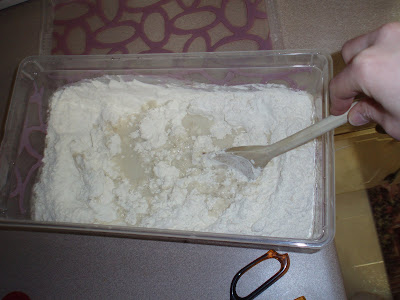 2: add the flour, mix with a wooden spoon. 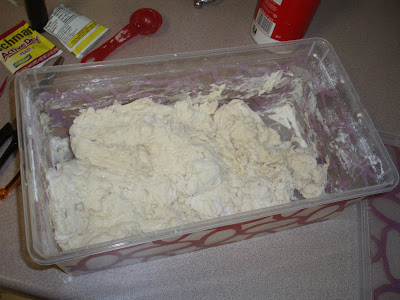 all mixed up. then, let it rise with the lid on for 2 or more hours. Refrigerate overnight (or you can use it right away, but the dough is easier to use when it's cold). 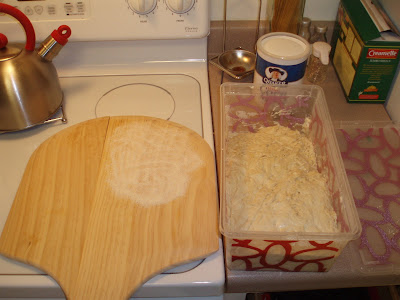 The next morning: cornstarch on the pizza peel and the cold, risen dough. you flour the top of the dough, then grab a big blob (they say about a pound, but i didn't weigh it.). add more flour and shape/rotate it into a ball. (I found this video very handy for figuring out this technique. It shows the whole process.) Let it sit on the peel for 40 minutes to rise. (I didn't think it looked much bigger after the 40.)
20 mins before baking, set the oven to 450F. after the 20 mins, the oven therm didn't say it was 450 in there (even though the over said the preheat was done). so i cranked up the temp to 500 to get it hotter. but then it was over 450, so i tried to cool it down. the pizza stone started smoking, and it got a bit foggy in my house. I opened a window. (the book says to put the bread in the oven after 20 mins, even though your thermometer won't read 450 yet. oh. wish I had realized that earlier...) 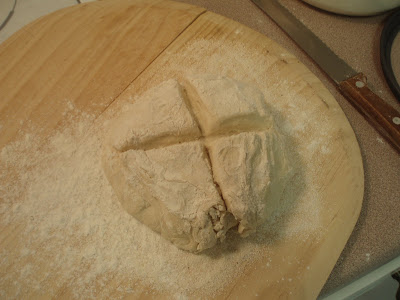 Anyway, after rising, dust with flower and cut a cross into the top with a bread knife. Slide the loaf from the peel onto the stone in the oven. You also need a broiler pan above the bread that you put 1 cup of hot water into right before you shut the oven door. I guess the steam is needed to achieve the crispy crust. 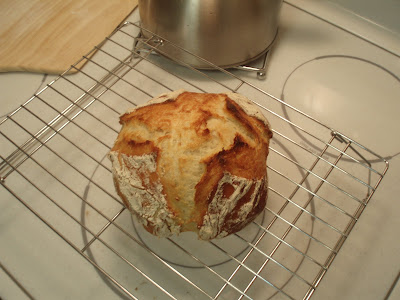 30 minutes later, voila! Bread! The book recommends letting it cool completely before eating, but that's not possible for me. It probably sat for 30 mins when I cut into it, still steamy in the middle. 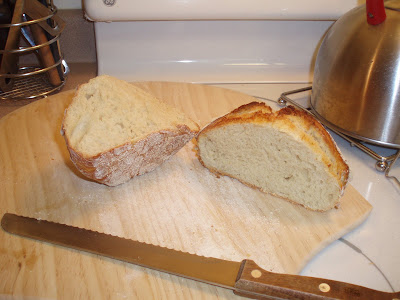 Very delicious and doughy, but not undercooked! It must be easy if I can do it! I still have dough for 3 more loaves (the basic recipe is written to make 4 loaves), but you can shape it into different things; I'm going to try a baguette and pizza crust (both I will hopefully serve at my Oscar party next weekend). The book has recipes for a lot of other kinds of bread, and things to do with the bread (sandwiches, pizza, jams, etc). But I have to take the book back to the library in a week, so I will either have to have a crazy week of baking, or buy it! my kitchen shelves are already filled to the max though... but the authors have a blog with some recipes, yay! Also I think it's really cool that they live in the Twin Cities, so maybe i can meet them some day!
Posted by michelleshobbybloggy at 7:49 AM 2 comments:

Happy Valentine's Day! Here are the valentines I created to take to my friends' Matt and Laura's grown-up V-day party yesterday. A few years ago I started doing this for Veronica Mars (2006 and 2007), and this year I found that How I Met Your Mother inspired me the most (of all the TV shows I watch). (images from various sources around the internet) 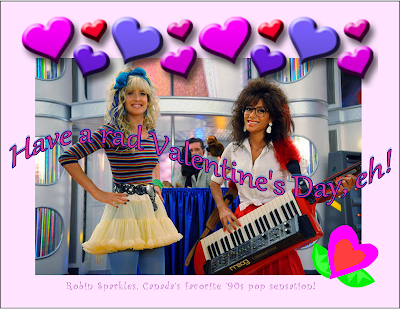 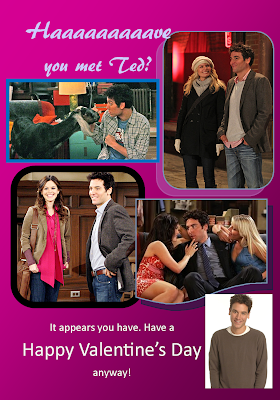 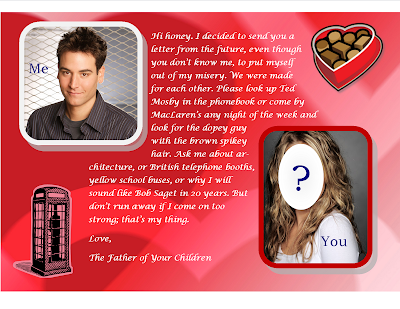 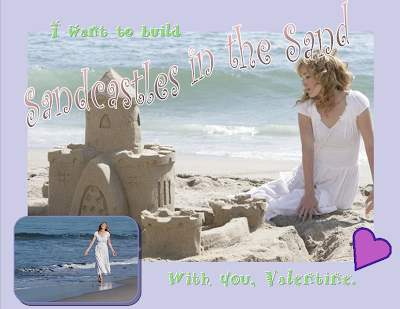 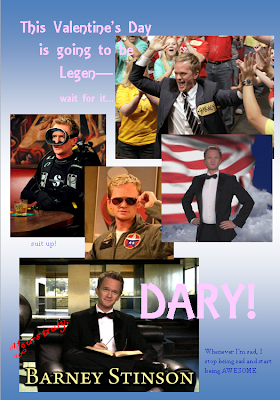 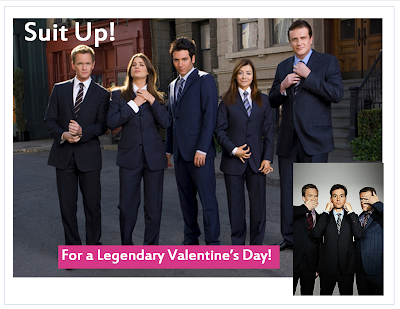 Posted by michelleshobbybloggy at 5:11 PM No comments:

More recipes and pictures! It was a busy weekend. on Sunday I also made Artichoke Hummus from this Hungry Girl recipe. I also used my blender to puree the chickpeas, instead of mashing them with fork. No process photos, just the final shot with some ingredients. 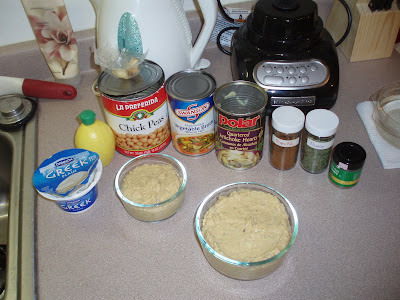 Just as good as any store-bought hummus! probably better, since it was fresh. the other super bowl-party goers didn't eat much, but there were plenty of other options (a lot of the celery was eaten though because we got spicy wings from Papa John's). Monday's veggie clubbers were very hungry though--all the veggies were gone and a lot of the hummus!

Amongst the cookies and dip, I made my latest favorite breakfast--for lunch. It's Michelle's breakfast sandwich!
1. In a small fry pan sprayed with cooking spray over medium heat, pour in a little less than 1/4 c. of egg whites (i don't really like cooked eggs, so i prefer egg white omlets and stuff, but you could use regular egg beaters too). cook until the top is no longer shiny and the edges kind of crackle. flip it over (I use a big pancake spatula for full coverage). 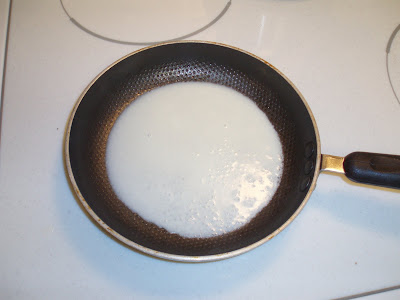 2. Toast an English muffin. Spread both sides with your favorite wedge of Laughing Cow cheese (i used Garlic and Herb, but the tomato and basil one is also good). 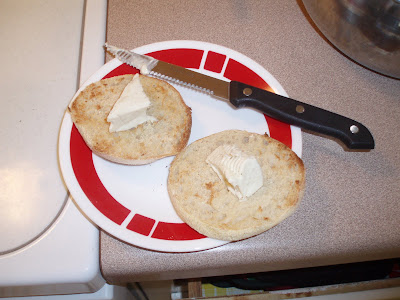 3. once the egg is cooked, fold it into quarters and place on english muffin. in the fry pan, cook a couple of thin-sliced pieces of lunch meat (i prefer ham; one thicker slice would also work, or canadian bacon). the meat doesn't really need to cook, just warm up a bit.
4. Eat! *nom nom nom* 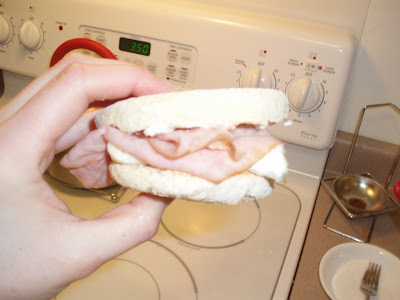 My fridge is now packed, after the big shopping trip and all the cooking! 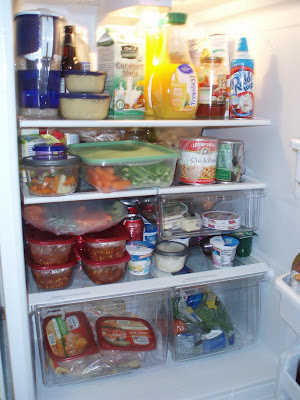 Leftover for a week!

this has been another installment of Cooking with Michelle. bonjour!
Posted by michelleshobbybloggy at 5:36 PM No comments:

this morning, after getting up too early then going back to bed for an hour, I was busy cooking again! First thing I made is a weight watchers recipe for Spiced Peanut Butter cookies. I first made these for Christmas in 2009 when i gave my coworkers cookie plates. They seemed too soupy to roll into balls to be mashed and cross-hashed, like you do with PB cookies usually. so after the first sheet was cooked, i added about 1/4 c. flour. then as the batter sat on the counter, it kind of firmed up. so i probably could have rolled them, instead of they baked more like chocolate chip cookies. makes no difference to how they taste! what did make a difference, is i added an extra 1/4 tsp of red pepper flakes. every bite is surprisingly spicy!
The best part of these cookies is they are made of chickpeas. 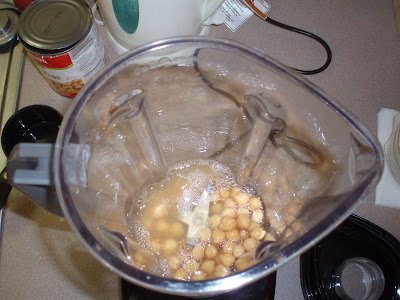 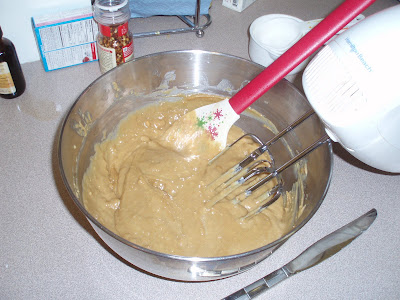 ready for the oven: 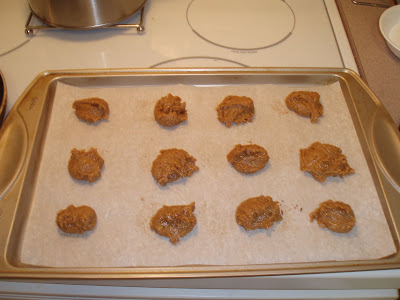 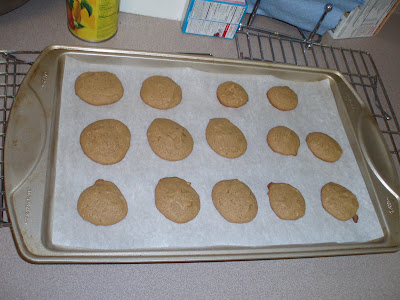 that's it for now; off to a super bowl party!
Posted by michelleshobbybloggy at 2:08 PM No comments:

Long time, no blog! no hobby-related blogs, anyway. I guess i haven't felt like anything i've been doing was worthy to post. but this weekend, i've found my inspiration in the things i'm cooking and baking.
Tonight for supper I made Goulash based on this recipe. But I had to make my own modifications, of course. I think it turned out very good! So here it is.
Michelle's Goulash
20 oz. lean ground turkey
2 large yellow onions, chopped (I used about 1/3 of a very large purple onion)
1 green bell pepper (I only used half)
3 cloves garlic, chopped
1 cup water
46 oz. bottle of V8 tomato juice
2 (14.5 ounce) cans diced tomatoes
1 7-oz can of mushrooms
1 15-oz can corn kernels
3 tablespoons soy sauce
2 tablespoons dried Italian herb seasoning (you might want to try less...it ended up very herby)
3 bay leaves
1 tablespoon salt, or to taste
3 cups uncooked whole wheat rotini pasta (I had it left over from another recipe and wanted to use it up!)
1. In a large skillet, cook and stir the ground turkey over medium-high heat, breaking the meat up as it cooks, until the meat is no longer pink and has started to brown, about 10 minutes. Skim off excess fat, and stir in the onions, peppers, and garlic. Cook and stir the meat mixture until the onions are translucent, about 10 more minutes.
2. Pre-heat a large crock pot to high. (line it with a slow cooker liner, if you've got one.) Place the ground turkey mixture into the preheated crock pot. Stir in water, V8, diced tomatoes, corn, mushrooms, soy sauce, Italian seasoning, bay leaves, salt, and pasta until thoroughly combined. Cook on High for 1 hour (or longer). 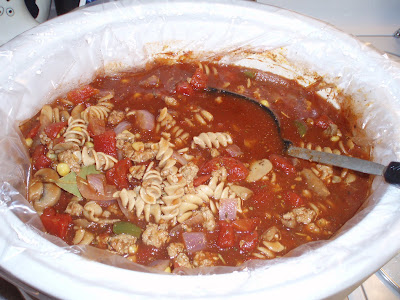 The whole wheat pasta was...interesting. kind of chewy. maybe it wasn't cooked enough (which is why i recommend cooking more than an hour, if you've got time). but the rest of the flavors were really yummy.

My dinner (i was not monitoring the toast; it burnt while i was taking pictures of something else!): 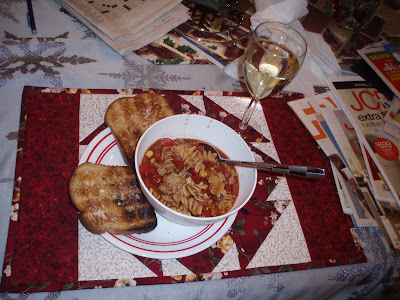 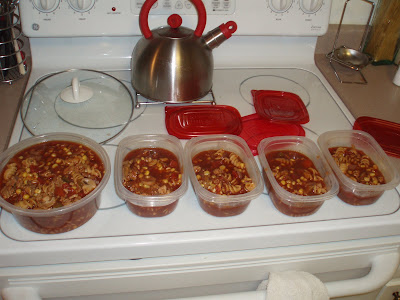 Tomorrow i'm going to make Hungry Girl Artichoke Hummus to take to a Super Bowl Party, and maybe peanut butter cookies (which also use garbanzo beans/chickpeas; i bought a 29 oz can). I'll post those pictures in Part 2!

I also will do a post soon on my recent knitting and crocheting projects! and maybe someday the ski trip scrapbook i'm working on. and on Valentine's day, my original valentine cards! see, i really have been busy.
Posted by michelleshobbybloggy at 5:57 PM No comments: